In December A Reading

In December I gave a reading at Doc's Lab in San Francisco as part of the Quiet Lightning series. It was the second time I read THE VIBES MANIFESTO, and I think it went pretty well. I realized that the first time I read the MANIFESTO I kneeled on the ground as a I read while the people in the audience sat on the floor. I think when we are all sitting on the floor, close to earth, the MANIFESTO seems to make more sense. I'd prefer not to be above the audience, looking down at them, unable to actually touch them if I need to.

Which reminds me of when I performed music as Souvenir and when I would play shows I always tried to get off the stage, if there was one. I'd rather the performance be a thing that we all do together instead of me doing the thing.

The thing which I am not writing right now but will in two seconds, the thing I am keeping from this blog is that my relationship has ended. It's a funny and scary thing to share out in the open like this but it is part of my life and theoretically, this is a place where I can write thoughts down. The important thing to know I guess in relation to the THE VIBES MANIFESTO is that they were born - that is the vibes, as an idea, as a place to write about - when I was 20 or 21 and getting weird with B. in her room drinking wine and listening to Bright Eyes and Mirah and who knows what else.

When we came back together as I was beginning grad school, the vibes were sort of reignited. I had felt them ever since obviously but rarely spoke about them. I knew there was something in the world, something like the vibes, which I tried to express or share with other people as I was coming up. How to say the thing that brings people together? How to describe what made them friends and what made them love? I don't know what it was. In my music projects (Souvenir/the body) I tried to get at that feeling, the vibes. In one song I sing "I'm playing my ribs like the vibes / In California I like the vibes". So they were always there. But when B. and I came back together it was the right time to figure out what the vibes were and so I started writing about it in earnest. And ever since they have been the most important part of my life. Everything involves the vibes, everything comes back to the vibes.

When they started it was only about romantic love. Proving that love was real and would stay because it was natural and good. It was worth risking your heart to someone else because love was good. How could it not be? But then the vibes expanded, as they obviously would, and I began to fall in love with world, and now it's a sort of spirituality to me. Though I still don't always understand what the vibes are or how they work or how to best describe them. You know them when you feel them. The relation of people to people, a person to a person. It's the connection between the two and between the three and the rest.

Anyway. I guess I'm just trying to say that I am sad my relationship has ended because the relationship was the origin of the vibes. I know the vibes continue on but there the relationship goes. I don't know, there's nothing profound to say about it. But it is a thing that has happened.

What I've realized too is that the vibes are true. They are everywhere and you find them in some seriously surprising places. In other words, love is true and good and will stay no matter what we do.

Posted by Jason R Jimenez at 4:03 PM No comments:

The Wolves in the Hands of Friends pt 2 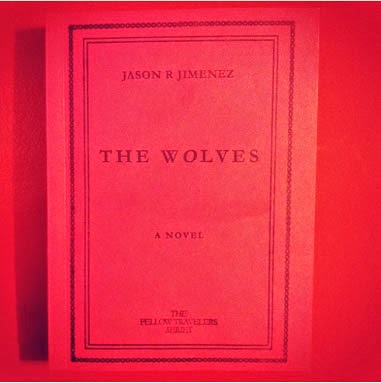 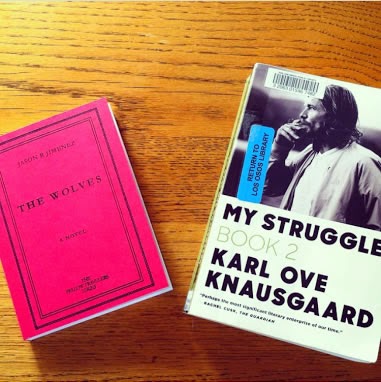 Posted by Jason R Jimenez at 3:42 PM No comments: